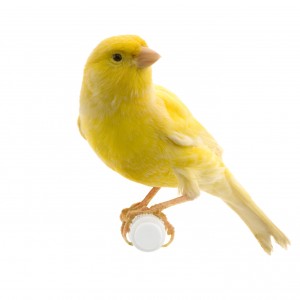 What if dentists approached findings that indicate an imbalance in the mouth as a far more serious warning sign, like canaries dying in yesteryears’ mines?

An article  titled  Added Sugar Intake and Cardiovascular Diseases Mortality Among US Adults earlier this week in JAMA Internal Medicine created a flood of headlines in news papers across the country.

In Chicago • Could too much sugar be deadly? The biggest study of its kind suggests the answer is yes, at least when it comes to fatal heart problems.

In a nutshell,  researchers conducting this large study found a significant relationship between added sugar consumption and increased risk for cardio-vascular disease mortality.

It doesn’t take all that much extra sugar, hidden in many processed foods, to substantially raise the risk, the researchers found, and most Americans eat more than the safest amount.

How does dentistry and teeth fit in this story? It’s been known for a long time that the frequent consumption of sugar, hidden or not, causes havoc in the mouth. It promotes the growth of acidogenic / aciduric bacteria, which leads to an imbalance in the demineralization / remineralization cycles, and this in turn eventually results in tooth decay.

Dentists regularly see signs of this kind of imbalance in their patients’ mouth and address such findings with therapeutic recommendations and / or interventions directly applied to the teeth. What if dentists could offer more than fillings and pretty smiles as their contribution to health care?

WHAT IF DENTISTS APPROACHED FINDINGS THAT INDICATE AN IMBALANCE IN THE MOUTH AS A FAR MORE SERIOUS WARNING SIGN, LIKE  CANARIES DYING IN YESTERYEARS’ MINES?

COULD DENTISTS THEN CHANGE THE COURSE OF HEALTH AND HEALTH CARE?

It is becoming increasingly evident that excessive sugar consumption causes damage at the cellular level which eventually leads to  organs and systems damage. Most organs and systems in the human body are not easily accessible, enabling many diseases to morph into silent killers. The mouth, on the other hand, is very easily accessible, yielding itself to examination quite nicely, with up to 32 canaries offering clues as to what is happening lower down in the mine. Think about this!