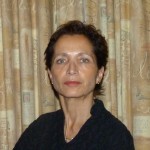 Marielle obtained her Dental degree from Université de Montréal in 1975, graduating with honours. She was on staff at Montréal’s Ste Justine Hospital for children and has taught at Université de Montréal’s Dental Faculty. She is a member of The Royal College of Dental Surgeons, The Canadian and Ontario Dental Associations and has actively served on several Ottawa area Study Clubs. She has contributed to the fund for the new Ottawa Hospital Dental Clinic by donating her time for selected dental services. She is in private practice in Kanata, Ontario.

She completed the core continuums as well as other focus courses on occlusion and esthetics at The Pankey Institute for Advanced Dental Education where she is a member of the Philosophy Team. She has recently stepped into the role of mentor to other dentists. She co-founded The Ottawa Women Dentists Study Club, a club with a strong focus on leadership to support women dentists.  Marielle was the guest editor of the June 2010 issue of the Journal of the Canadian Dental Association. She attended the ALIA Summer Institute, a week long gathering of inspired leaders from around the world, in Halifax, Nova Scotia and  in Columbus, Ohio. She is a member of the Presencing Institute and participated in the First Presencing Global Forum in Cambridge, Massachusetts. She is actively engaged in discussions on Health Care with a Berkana Institute Community of Practice.

Marielle has hosted several workshops on Leadership and Oral Health in Canada. She was a featured speaker in 2009 in Washington State under the auspice of Leadership and Legacy. Her work on ‘Shaping the Future of Dentistry’ has earned rave reviews: ‘(the) message is clear, professional and incredibly  engaging… a fantastic call to action’ Dr Malle-Reet Ryan; ‘a very credible passionate speaker’ Dr John O’Keefe.